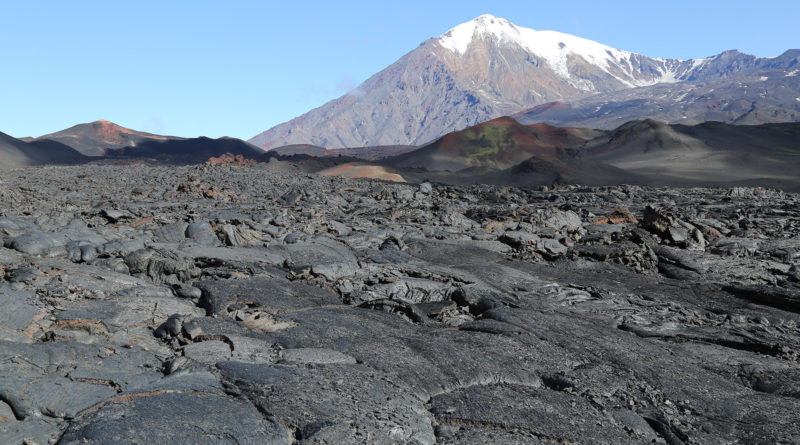 The Ploskiy (Flat) Tolbachik Volcano (3085 m, active) and Ostriy (Sharp) Tolbachik (3682 m, extinct) are located in the central part of the peninsula on the south from the Klyuchevskaya sopka volcano(4750 m active) – the highest volcano in Eurasia. Ploskiy Tolbachik and Ostriy Tolbachik are so close to each other, and from the side, it seems like a single volcano with sharp and flat parts.

The latest Tolbachik volcano eruption was from November 27 of 2012 to February 2014, in the result of which one of the volcano cones disappeared. The previous eruption is known as the “Great Fissure Tolbachik Eruption” (BFTE) happened in 1974-1975. New cones called “Northern” and “Southern” breaks, “The dead forest”, a lot of unique lava caves and valley of lava column appeared during the eruption.

Price you can see here: PRICE-LIST

The journey takes minimum 10 hours (500 km.) and there is mostly no asphalt. A stop in the Milkovo villages to have lunch.

Arrival at the Tolbachik dale.

Setting up the camp next to the “Claw” cone. Dinner.

Prepare for climbing, leaving the camp.

Looking at the top of Ploskiy (Flat) and Ostriy (Sharp) Tolbachik volcanoes it is hard to believe that Flat Tolbachik is an active one. There are two volcanic calderas at the top of the volcano. The top looks like it was cut down, that is why the volcano got this name. The first caldera was formed during the powerful eruption about 6500 years ago, its diameter is about 3 kilometres. There is a new caldera inside the old one; the depth is about 400 m. and diameter is 1.8 km. This new caldera appeared in the result of BFTE in 1975-76.

Flat Tolbachik height is 3140 m. The ascent takes about 9-11 hours. You’ll have a snack at the top and there will be enough time to have rest after ascending.

Return to the camp. Dinner.

DAY 3. CONES OF THE NORTHERN BREAK AND HIKING THROUGH THE “DEAD FOREST”.

Start for the cones of the Northern break, formed as the result of BFTE (lasted more than a year from July 6, 1975, to December 10, 1976). The result of that eruption was the appearance of new cones up to 300 m., and the lava streams covered the area of 40 sq.km.

The Northern break – it is quite a high cone preserved volcanic activity. The Northern break – it is a quite high cone of volcanic activity. When the weather is good, from that point you may enjoy a wonderful view of Ploskiy and Ostriy Tolbachik, the Klyuchevskaya hill volcano and the Bezymyanniy (Unnamed) volcano. The surface of the cone is still warm and if you put a stick or a piece of paper in the crack, they will be set on fire.

After a hike around the cones of the Northern break you will have lunch. Going by bus truck to the Star cone and you’ll have a walk along the “dead forest”. During BFTE, clouds of hot ash covered the nearby forest destroying all alive.

The firmest trees, despite the fact that they were covered with hot ash and burnt to the core, are still standing as a silent monument of the destroying disaster. The forest is slowly recovering but even now, you may feel the sulfur smell and the ground is covered with a thick layer of ash and slag.

If you are not tired from the hike, we will offer a trip to the nearest cone with amazing views: on the left side you will be able to see the green stripe of forest and on the right a huge part of the burnt forest that appeared in the result of the eruption.

Return to the camp. Dinner.

Going back to the city. The way takes minimum 10 hours (500 km). Stop in the Milkovo village to have lunch.

The price includesThe price DOES NOT includeRecommended personal equipment

The route or the route schedule may be changed according to the weather conditions, the training level of the group, other external factors. The guide may decide to change the route on the place.

WISHING YOU MANY DISCOVERIES AND PLEASANT HOLIDAYS
WITH THE “RED RIVERS” TOUR COMPANY! 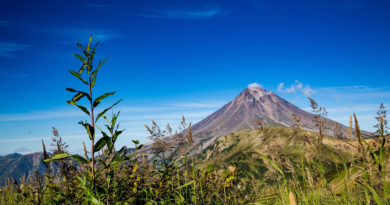 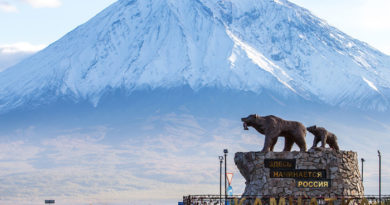 Around Kamchatka in Comfort (10 Days/ 9 Nights) 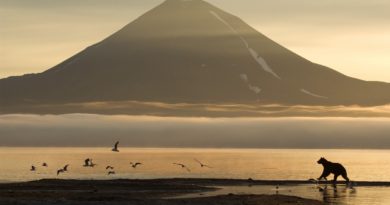